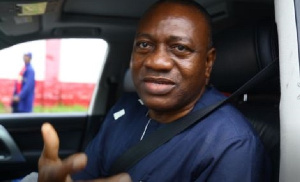 Wa Central’s MP, Rashid Hassan Pelpuo has said the ‘break the eight mantra’ being used by the leadership of the NPP was just to satisfy the ego of their party faithful.

According to the MP (Member of Parliament), the mantra is to falsely indicate to the loyal members of the NPP that the government is doing well.

Speaking in an interview on Joy News, monitored by GhanaWeb, Rashid Pelpuo said every Ghanaian now know that the NPP is incompetent and has failed.

“If you go to any community, call any young man and ask him whether the NPP (New Patriotic Party) government has done well or not, they will say they better go,” he added.

He, also, said the current Vice President, Mahamudu Bawumia could not lead NPP to victory because he (Bawumia) was part of the failed leadership.

“Ghanaians now know that the NPP has failed and that they should mark time and come back again with another candidate in future not with the current leadership, not with Bawumia”, he said.

He added that before Bawumia became vice president, he said there was no need for Ghana to borrow because it had enough resources.

“They thought that by going to borrow so much they could do so much. They borrowed that much and did very little with it. So, we do not know what they were going to do now with the few years they have in power,” he added.