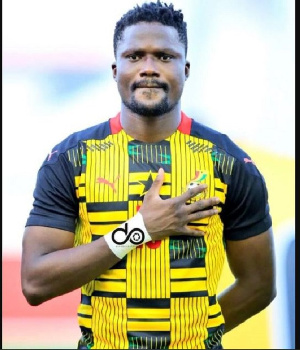 Leicester City manager, Brendan Rogers, is worried over the departure of his African stars, including Daniel Amartey for the Africa Cup of Nations.

The Foxes will be handicapped because of injuries and the departures of quartet, Amartey, Wilfried Ndidi, Kelechi Ihenacho, and Patson Daka.

Leicester have only one fit first-team defender fit and were forced to play Amartey and Ndidi in central defence in the game against Liverpool in midweek.

“It will hurt a lot because of the situation we’re in,” Rodgers said on their departures next week.

Amartey will join his Ghanaian teammates in Qatar on Monday as preparations continue for the Nations Cup in Cameroon this month.

Ghana opens its campaign with a Group C game against Morocco on January 10, 2022.