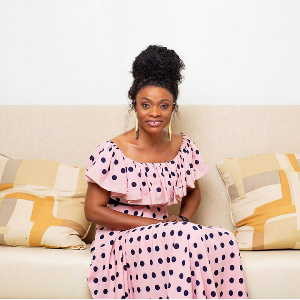 Popular Ghanaian Gospel Musician and Evangelist Diana Asamoah has lashed out at her critics who have taken her on for wearing high heel shoes, makeup and wigs.

The musician who has fallen on her own dagger after earlier clashing with those who were fond of those things she described as worldly, disclosed that any pastor or evangelist who criticizes her is a baby in Christianity.

Speaking on Kumasi-based Angel Fm Drive Time hosted by Ike De Unpredictable and monitored by MyNewsGh.com, Diana Asamoah emphasized that wearing wigs, high heels, and doing makeup is not a sin in the presence of God.

According to Diana Asamoah, “When I was a baby in Christ as an Evangelist, I criticized wearing of wigs, high heels, and makeup but now I’m matured and God has opened my eyes to see what is good and bad

“I will never allow Evangelists and Men of God who are criticizing me divert my attention. I understand what I’m doing and their criticism will never stop me to win souls for Christ,” Diana Asamoah said.

“Those evangelists and men of God who are criticizing me will know the importance of high heels, wigs, and makeup when they become matured in Christ and allow God to open their eyes

“Makeup is good but too much of everything is bad. If you do too much makeup and think that the makeup will help you get a husband then it means you don’t believe in God but rather the makeup so it will be a sin in front of God,” she added.