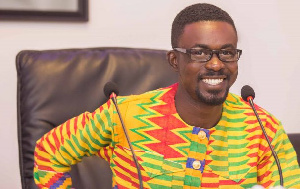 NAM1 has been through ‘political issues’ in Ghana, Blakk Rasta

Blakk who has earlier announced that today, December 31 will be his last day working at Zylofon FM has stated that NAM1 could have been one of Ghana’s successful business owners if only Menzgold wasn’t shut down by some “political” persons.

The singer in an interview monitored by GhanaWeb on TV3 mentioned that despite the hardship faced with the closure of NAM1’s gold dealership company, he is still strong.

“NAM1, I think I saw him two weeks ago. He is doing fine, hale and hearty. He is a very strong guy, yes he’s gone through issues political and so on. He has issues, a man has come out boldly to try and tackle his issues it is better than playing the ostrich. There are people who know they caused this mess but they want somebody to come clean up their mess.

“For me, I think NAM1 has come out publicly to say yes I owe people and I am paying. What is better than this? He was able to deliver on time and do his things, all of a sudden somebody comes out to say his papers are not right. Regularize the papers, you didn’t. You said shut down the business yet pay… you’ve killed a man yet you are asking him not to shake,” said Blakk Rasta.

The singer has for years thrown his height behind his boss amidst the backlash from aggrieved customers of Menzgold who have had their monies locked up since 2018.

“The day I get to know that NAM1 stole anybody’s money or he was fraudulent, trust me, I will be the first person to fire, fire, fire. NAM1 is credible… I am very sad too, some of our monies are also there (Menzgold). He will bounce back certainly. If he doesn’t bounce back, I will bounce him back with prayer,” he concluded.