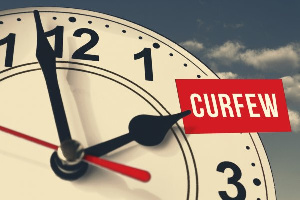 Government, through an Executive Instrument, has renewed the curfew at Bawku in the Upper East Region.

This is to help restore calm in the town.

There were gunshots in the early hours of Monday, December 27, 2021, which resulted in the loss of lives and the destruction of properties in the town.

A statement signed by Mr Ambrose Dery, Minister for the Interior and copied to the Ghana News Agency said the Government was calling on Chiefs, Elders, Opinion Leaders, Youth and people of the area to exercise restraint in the face of the challenges confronting them as well as to use non-violent means to channel their energies into ensuring peace.

It said meanwhile, there was a total ban on all persons in the afore-mentioned communities and their environs from carrying arms, ammunition or any offensive weapon and any persons found with any arms or ammunition would be arrested and prosecuted.