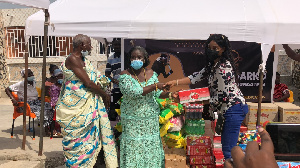 The George Darko Foundation, an NGO founded by tennis star, George Darko celebrated their Christmas with the widows of Awutu Traditional Area in the Central Region on Wednesday, December 29, 2021.

Led by family members of George Darko, the team donated clothes, food items, toiletries, water and other valuable items to the widows as part of their efforts of reaching out to the less privileged in society.

Speaking at the ceremony held at the Queens Palace, Gabriel Amoakoah disclosed that, the tennis star decided to reach out to the women in the society as part of his efforts not to forget where he grew up from.

“We came here purposely to celebrate Christmas with you. We have brought food and other items to help you celebrate the Christmas together,” Gabriel Amoakoah stated.

He added, “George Darko came from this community and he plays tennis and he doesn’t want to forget where he came from. Three years ago, the foundation went to help the inmates at Nsawam and this year he wants to help the people from his hometown to ensure that you are not left out in the celebrations.” 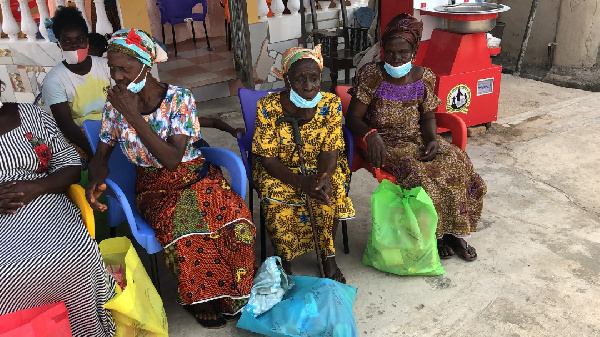 Naakye Dode Akabi XIV, the Paramount Queen Mother of Awutu Traditional Area received the donation on behalf of the widows.

The Queen Mother expressed her gratitude to George Darko and the foundation and prayed for more blessings upon the tennis star to prosper in all his endeavours.

The George Darko Foundation in 2018 donated to patients of the Orthopedic Training Center (OTC) at Nsawam during the Christmas holiday celebrations.

George Darko is the only Ghanaian to have won the National Ranking for three consecutive times. He won the McDan West Africa Tennis Competition in 2014 before claiming gold in the Men’s Doubles at the 2015 All Africa Games in Congo-Brazzaville.

He represented Ghana on two occasions at the Davis Cup Africa Zone Group III. George Darko earned 1724 points at the end of ATP-World Ranking Singles in 2015. 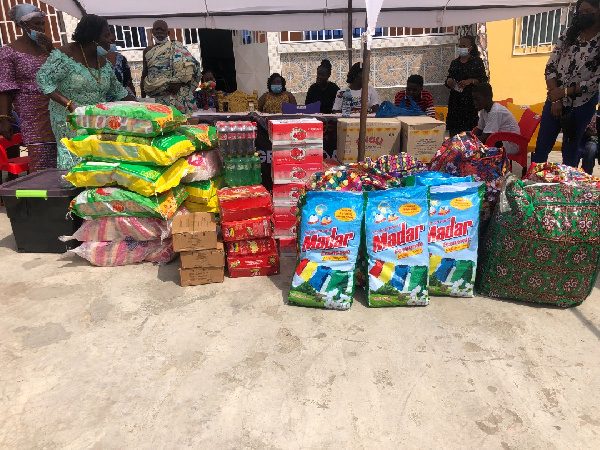