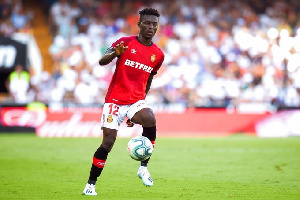 The Africa Cup of Nations will be held in Cameroon this January for the 33rd time, with Algeria attempting to defend their title as African champions. The competition, which, like the European Championship, will be held a year later than initially planned, will take place from January 9 to February 6, 2022.

As is customary when AFCON arrives, a lot of European teams are left scratching their heads as they prepare to lose numerous key players at a vital period of the season. There will be some satisfaction that the Champions League will not be affected, given the knockout rounds do not begin until a week after the AFCON concludes.

Six sides in Spain’s top tier will have to manage AFCON-enforced absences, with Villarreal and Sevilla the hardest hit.

Alaves, Barcelona, Cadiz, and Real Mallorca will all lose a player each.

The players might depart the competition as early as January 20, when the group stage concludes, leaving LaLiga Santander teams without their stars for matchdays 20 and 21, as well as the following round of the Copa del Rey.

Matchday 22 of LaLiga Santander and the Copa del Rey quarter-finals will be missed if their countries advance to the Round of 16. The quarter-finals of the AFCON would keep players on duty until January 29/30, while the semi-finals would keep them away until February 3/4, before the final on February 6.

The English Premier League and other leagues will also have to deal with AFCON-enforced absences.

Liverpool will be without Mohamed Salah, Naby Keita, and Sadio Mane. Arsenal will miss four players, Chelsea will lose goalkeeper Edouard Mendy, Manchester City will see Riyad Mahrez depart, and other players from Crystal Palace, Leicester, and Manchester United will also set off.

Napoli and AC Milan will struggle through January as Kalidou Koulibaly and Victor Osimhen headline the Partenopei’s three absentees, while the Rossoneri will lose Franck Kessie and others as well. Kessie’s compatriot Sebastien Haller will leave Ajax looking to replace his goals.

Bayern Munich will lose Eric Maxim Choupo-Moting, and Lyon will be without Karl Toko Ekambi.