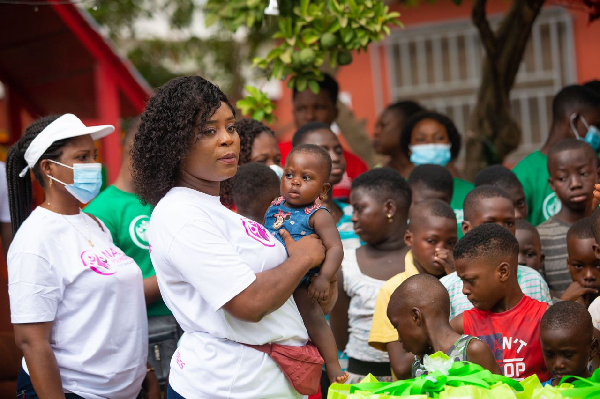 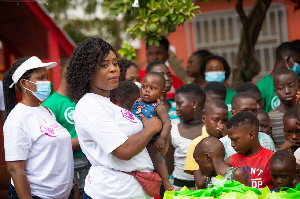 About 1,500 assorted food items were distributed to deprived individuals

As part of the conscious effort of achieving zero hunger in some years to come, the Najel Foundation in conjunction with Najel Events and Rentals has donated assorted food items to some orphanage homes and inmates in cells at some selected areas during the Christmas festivity.

The humanitarian exercise dubbed “StreetLove 2021” by Najel Foundation was BY driven an act of benevolence orchestrated by the Najel Foudation, Accra which was intended to celebrate Christmas with the less privilege in society and give them a renewed hope for the future.

About 1,500 assorted food items were distributed to deprived individuals including natives of the streets around some principal roads of Accra, inmates of the Teshie Police cells, Osu Children’s Home, Girls Correctional Centre, Accra Psychiatric Hospital, among others.

The “StreetLove 2021” campaign achieved its feats when the deprived were also celebrated and felt important as part of the society during the yuletide, as it was usually characterised with merry making.

According to her, the “StreetLove 2021” aligns to making the Sustainable Development Goal (SDG) 1 attainable by the year 2030.

“It is to help end poverty in all its forms everywhere and this is what the United Nations seeks to eradicate extreme poverty for all people”, she stressed.

Various Patrons who received the donations on behalf of the beneficiaries expressed their profound gratitude to the organisers of Najel Foundation for the gesture shown.

In a brief interaction with the Executive Director of Najel Founation and Najel Events/Rentals, Mrs Naomi Naa Adjeley Anang underscored the need of sharing with the underprivileged in society.

Adding that, it was necessary to constantly reach out to the vulnerable in the society because they are part of our existence on earth and they deserve to be treated with utmost care and love.

In furtherance to the above, she noted that the deprived in societies need to be resourced and be given the opportunity to also achieve their aspirations, and by so doing they can contribute their quota to the development of the nation.

“Let us do away with discrimination to people living on the street and constantly support the deprived in our community, because government alone cannot help all these people”, she candidly appealed .

Mrs Anang said we must identify and support the vulnerable in our own ways, and that would help curb vices in our communities.

Highlighting on the aim of Najel Foundation, she quoted that “it is a holistic and purposeful organisation that is envisioned to addressing the needs of underprivileged persons in society, especially providing deprived children with some basic necessities of life in order for them to have a quality feel of life in their day-to-day life approaches”.

“We also have a staunch psychological sense; where we offer emotional supports to the underprivileged persons we come across with, as a means of restructuring their paths and paralleling their way of life”, she emphasised.

She indicated that the foundation spearheads humanitarian projects to make a life a safer haven for all and creating a better place for humanity devoid of discrimination against the vulnerable because they are part of our existence.