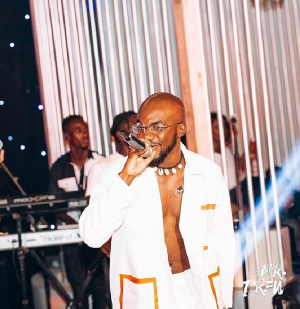 Wildland festivals technical glitches made it hard for artistes to perform

Mr Drew disappointed his fans when he walked off the stage during his performance at the Wildaland Festival.

The first edition of Wildaland International Festival was held in Shai Hills on December 26 and 27 respectively by prominent Ghanaian and Nigerian musicians.

According to peacefmonline, Mr Drew who was billed to perform, experienced hitches with the sound while he during his act and decided to implore his fans if he should continue with his performance in spite of the challenges he encountered to which they approved because they enjoyed his performance.

The artiste after several encounters ended his performance abruptly and walked off the stage leaving fans, some of whom had traveled long distances and paid tickets to watch him perform, disappointed.

Even though Mr. Drew failed to improvise, Joey B who came on stage after him improvised to keep his fans entertained.