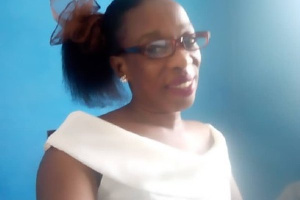 Ms Efua Kyere Amponsem, the New Juaben South Municipal Chairperson of the Ghana Society for the Physically Disabled (GSPD), has called on government to empower persons with disability (PWDs) through education by prioritising the establishment of special schools.

She said such schools would facilitate their education to the higher levels, especially the females, to acquire employable skills to make a decent living.

In an interview with the Ghana News Agency, Ms Amponsem said the special school must be equipped with facilities tailored to suit their conditions, taking into consideration distance and structure, which were critical to the movement of persons with physical disability.

The lack of such special schools for the physically challenged had been a huge barrier in accessing education, she said.

“Even though that has affected both female and male persons with disability, we must all reflect on this as a nation to create a path for equal access for all of us by establishing a school for the physically disabled,” Ms Amponsem said.

In these schools, there are the use of braille and sign languages, she said.

“People with blindness and hearing impairment are able to go far in education because of this special schools tailored to meet their specific needs.”

Ms Amponsem said people with disability suffered a lot of discrimination and stigma because of their failure to go to school or learn a trade to acquire the knowledge to do decent work.

“Education amongst such people is very low due to the fact that they cannot fit in the schools as the structures and arrangements does not favour them.”

In 2016, Ms Amponsem recalled that after her graduation from the university, she applied severally for jobs to no avail due to her condition.

She recalled that at an interview with an establishment, she was told that she performed better than all the other applicants but due to her condition they could not give her the job, even though she was the most qualified.

“This is the height of all discrimination against people with disability or physically challenged persons,” she said.

“Why is it that 15 years down the line, since the Disability Act was passed, nothing is being done to implement the guidelines meant to give PWDs the necessary support and leverage in society?”

Ms Amponsem, who became crippled at age nine, called on parents of children with some form of disability to support them through education noting that “but for my parents, who are educationists, I won’t have come this far.”

Reverend Monsignor Bobby Benson, Founder and Director of the Mathew 25 House, said he employed Ms Amponsem based on her courage and competence.

“I overlooked her situation to encourage parents of children with disability to send them to school,” he said.

I entreat organisations to employ such persons who brace all odds to acquire skills for employment.”