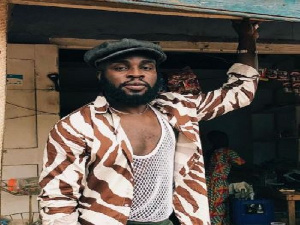 I do due diligence before acting, M.anifest

Ghanaian rapper, Kwame Ametepee Tsikata, professionally known as M.anifest has berated the importance society places on the number of awards one has instead of the quality of their work or what they have achieved.

M.anifest argues that the country has misplaced its priorities as awards have now become “certain signifiers of excellence.”

Speaking in a recent interview with Bridget Oto on Metro TV’s ‘One on One’, the rapper who is out with a new album, “Madina To The Universe” noted that persons who transform the lives of others are not being appreciated.

He added that this has led many celebrities into falling victims to fake awards schemes like the one organised by Kwame Owusu Fordjuor popularly known as Dr UN back in 2020.

M.anifested explained: “Because of how as a society we’ve privileged awards. We’ve privileged awards over actual what do you. So, it is never that this person did great work but this person won this award whether deserving or undeserving. Part of that makes us seek the glory to be able to use it as PR or whatever. That becomes the value, not the actual thing that you do that transforms people. That makes people go like he was the first person that was able to create this thing that became a genre.

“Have you ever heard anyone talk about Bob Marley or Fela Kuti and anything about awards? We have just misplaced our priorities and so then, awards have become certain signifiers of excellence.I am sure there will be an awards show at some point that awards the awards shows.”

Also, M.anifest noted that he does due diligence when it comes to news and information he comes across.

“Yesterday, I received this email from somebody saying all those things because they want something from you so you have to do your due diligence. A lot of stuff is ignored a goes straight into spam.”