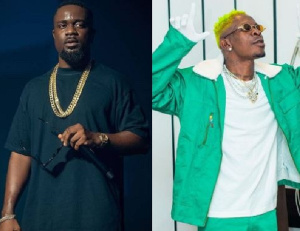 Rapper Sarkodie’s popular fanbase page on Instagram known as Sarknativegh have crowned his 2021 Rapperholic Concert as the only “well paid sold out” event this festive season.

The announcement comes at a time where fans of dancehall musician, Shatta Wale have congratulated him for filling the Accra Sports Stadium at his recently organized Freedom Concert.

This year’s Christmas Day witnessed two major shows taking place on the same night, the Freedom Concert by Shatta Wale and rapper Medikal and Sarkodie’s annual Rapperholic Concert which came off at the Grand Arena.

A photo posted by Sarknativegh that captured the Grand Arena filled to its capacity was captioned: “The Only Well Paid SOLD OUT Event In December Is #Rapperholic2021. There was nothing like a free seat at the Grand Arena Last Night.”

According to music lovers, the post is a direct jab to Shatta Wale and his fans.

Kojo Brainn reacting to the post wrote: “Everybody for sark in program Dey like Debees, please go check something in opana’s stadium video. Sukura, Nima and the rest. I hear say at a point them make am free self sokof menners no go get 400gh go show.”

Another, Osman added: “Bhim concert was also a sold out show. Unless you are referring to the 10 cedis free show.”

Meanwhile, Shatta has been the talk of the town since Saturday’s concert.

The controversial singer during his performance once again rained insults on the Ghana Music Industry and also labelled Nigerian artistes as “stupid”.

“Do know that majority of people in the Ghana music industry are fools? They told me that I won’t be able to fill my stadium. I don’t look up to any stupid Nigeria artiste I look up to my fans. Fuck Nigeria,” Shatta Wale is quoted to have said.

The “Ayoo” crooner has rendered his appreciation to the Shatta Movement family for their massive turnout at his show. “Shatta wale-I am a different guy, Don’t even compare me to any artiste in the world ..If you do that, I will rise right infront of you like a Volcano, burn your shame and watch my disgrace be my grace in ur Nigerian face …This is not a fite, it’s the fucken truth #F,” Shatta wrote in a tweet. 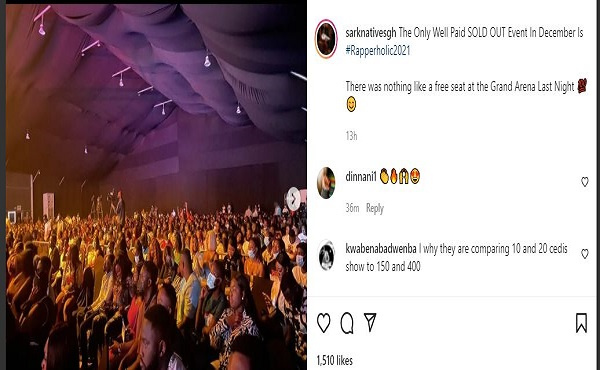