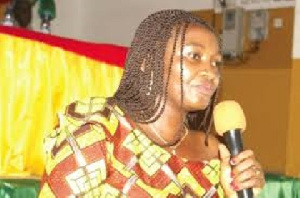 The Central Regional Coordinating Council (RCC) has announced plans to launch its maiden Regional Development Plan (RDP) and Trade and Investment Fair (TIF) in the first quarter of 2022.

Mrs Justina Marigold Assan, Central Regional Minister who announced the interventions, said they would become the blueprint to transform the region for accelerated development.

Addressing an end-of-year meeting of RCC in Cape Coast, she said: “It is unacceptable for the Central Region, which has the best educational institutions, tourist attractions and other economic ventures, to be among the poorest regions in the country”.

For that matter, the strategic plan would give an insight into how to tackle the challenges and how to find lasting solutions that would make the people comfortable.

Ahead of the launch, she said nine sub-committees had been formed and would be officially inaugurated in the first week of January 2022 to champion the course.

The committees will among others draft the sector-by-sector detailed development targets, programmes, strategies, and monitoring and evaluation plan to ensure effective implementation.

Elaborating on the Regional Trade and Investments Fair, she said the move sought to showcase the investment potentials of the region to the World.

The investors would be exposed to the various government policies, incentives, and local initiatives available for investment with accurate and timely information, and a legal framework for prospective investors to take advantage of.

“The RCC is working to reposition the region as a preferred investment destination in Ghana, she said emphasizing that the fight against poverty, unemployment, and infrastructure development hinged on making things better for the people.

Mrs Assan called for the unalloyed support of all stakeholders, particularly, Metropolitan, Municipal, and District Assemblies to make the TIF the turning point for the economic emancipation of the region.