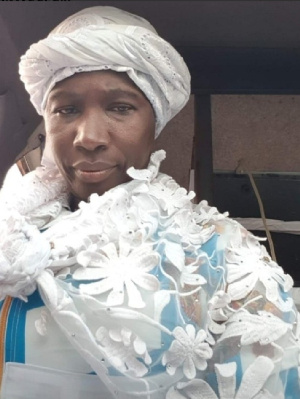 Musician Cecilia Marfo has said that prior to Washawasay becoming a global hit, she thought it was negative publicity for her.

According to her, she almost cried when she saw the tease videos but then God meant it for good.

Cecilia Marfo believes that the trend is God’s way of blessing her for something she prayed for.

“I almost cried because when I saw the video I thought it was negative publicity. I said God is this where they’ve sent me to? But God said I should be calm. I said what problem is resurfacing

The trend was even a bigger trend which I didn’t know about. It was as a result of my prayer that this happened to me”.

She said she was happy about the fact that the song is now used in every facet of life.

“A lot has happened to me and God said he is using this to make me happy and smile again. It hasn’t been easy but this has made me smile after the storm. When the song is sang, I become happy, I see the videos and it brings joy to me. I have recorded this song for two years but it’s now that it has become a hit,” she said on XYZ TV.