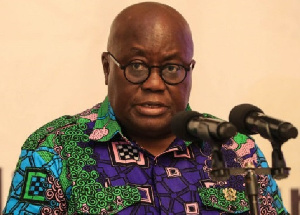 AfCFTA would give African firms free access to a market of 1.2 billion people

Ghana’s President, Nana Akufo Addo has said that the share of intra- Africa trade to the combined GDP of the continent was not good enough.

He said the share of intra-Africa trade to the combined GDP of the 54 African nations was only 16 percent.

“Compare it to the European Union for instance which has 27 nations with 75% of the collective GDP generated from intra- European trading and Asia accounts for 56% of the internal trading of the community,” he added.

The president who said this in an interview with FORBES AFRICA, however, noted that the poor intra-Africa trade presented an ‘enormous opportunity for us’ to fully benefit from the African Continental Free Trade Agreement (AfCFTA).

“We have not been focusing on trading amongst each other as a continent for trade and investment. But the market now exists for us. Our first priority is how to expand trade with our neighbours, within the continent.”

According to the president, through the AfCFTA traders, producers, manufacturers and exporters have a market of 1.2 billion people as a target.

“The projections are that the market will grow to a market of 2.5 billion people in 30 years’ time so we are talking about a major trading bloc which functions effectively,”, he added

He said the agreement presented a tremendous opportunity to strengthen the manufacturing sector of the continent, improve the productivity of the agriculture sector including value addition and take great advantage of the digital revolution.

Nana Addo said the opportunities presented by the AfCFTA were a more secure route to bringing prosperity to the continent.

“So, it is a major step forward and I am particularly happy that Ghana has been honoured by her peers to be the secretariat for this,” he added.