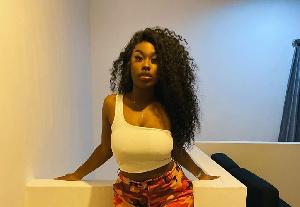 Ghanaian songwriter, afrobeat and afropop musician, Cocotrey who grew to great prominence in 2018 after her debut single “Queen of Queen” marinated the hearts of many music lovers in Ghana has officially released her first single of 2021 after a long hiatus titled “Gangster Love”.

The single dubbed “Gangster Love” is her first release after a long time off the radar. ‘Gangster Love’ is a slow paced love song with African sounds and ballads of which she exhibits the level at which she can go in order to please the love of her life.

Cocotrey has many hits songs to her name, some of which include “Fine Boy no dey pay”, “D3d33d3” which features Medikal, “Ego”, “Stargyal”, “Badder Than Them” to name a few.