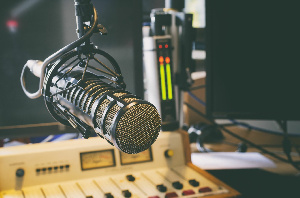 According to the Service, the statement issued cautioning prophets about their doomsday prophecies was not only for the prophets but journalists.

The Public Relations Officer for the Service Superintendent Alexander Kweku Obeng noted that media houses, presenters, publishers, and others who would provide their platforms to the prophets to communicate their prophecies would also be prosecuted.

He was speaking on Nyankonton Mu Nsem on Rainbow Radio 87.5Fm.

“The law is not only limited to the prophets. Journalists are also included. If you provide your platform for prophecies and it goes contrary to the law, you would be held to account. If you are a blogger, and you publish such stories, you would be prosecuted,” he added.

The Ghana Police Service says it will deal with prophets who would give doomsday prophesies as Ghanaians prepare to crossover to the year 2021 on December 31, 2021.

According to the police, they will not hesitate to arrest and prosecute any religious leader who will prophesy harm, danger, and death of any individual or group without proof of the prophecy.

Additionally, the police said they will come after anyone who publishes such information or share the same via electronic means, especially where the said communication has the potential to cause fear and alarm to the public or endanger lives.

“As the year 2021 draws to a close, the Ghana Police wish to draw the attention of Ghanaians, especially religious groups, to the fact that whereas we have the right to religion, freedom of worship, and free speech, all these rights are subject to the respect of the right and freedom of others, according to our laws.

“Over the years, communication of harm, danger, and death by some religious leaders have created tension and panic in the Ghanaian society and put the lives of many people in fear and danger.

“It is also a crime for a person, by means of electronic communications service, to knowingly send a communication that is false or misleading and likely to prejudice the efficiency of life-saving service or to endanger the safety of any person.”