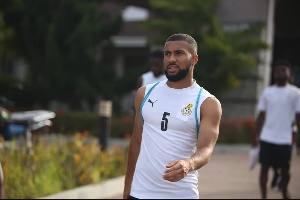 The Ghanaian has been called up for the 2021 Africa Cup of Nations and in his absence, the club expects Buchtmann to step up.

Buchtmann has played second fiddle to Keyereh since recovering from a long-term injury, but he has an opportunity to stake a claim for a position in the starting line-up as Kyereh is expected to be out for a month.

Kyereh has been in incredible form this season, inspiring St Pauli’s promotion challenge as they currently occupy the first position.

With five goals and nine assists, his absence will certainly be a huge blow for St Pauli.

Kyereh was among the first players to report to Black Stars camp in Doha ahead of the tournament which kicks off on January 9.

It is his first career tournament and he will be hoping to play a major role as the team aims to end the long trophy drought in Cameroon.