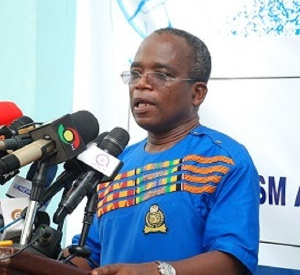 Chairman of the National Media Commission, Yaw Boadu Ayeboafoh, has condemned the current stalemate over the failure by Parliament to approve the 2022 Budget and consequent scuffle leading to injuries to a member of the revered house.

He described what happened in Parliament that day as unfortunate and called for consensus building to arrive at a compromise in the National interest.

He said members of Parliament do not represent themselves and must at all times bear in mind the wider national interest and their Constituents in particular in rejecting or otherwise a policy such as Budget.

Mr Ayeboafoh spoke to GBC News in Kumasi on a wide range of national issues.

Mr Ayeboafoh said the entrenched positions taken by the two parties on whether to approve or reject the E-Levy Bill as contained in the Budget is most unfortunate.

He said the impression created by the Minority that the approval of the E-Levy Bill would send the New Patriotic Party (NPP) to opposition should motivate the National Democratic Congress (NDC) to overwhelmingly endorse the budget to enhance their chances of returning to power.

Mr Ayeboafo said, the session of Parliament does not go beyond four years and that the lifespan of any policy must be seen as such and considered on its merit.

He also said it is incumbent on journalists as a duty to be well informed and educate the public as such.

Mr Ayeboafo said, ”Parliament is not about who can shout, but about discussion of ideas and numbers”.

He said Ghanaians were confused about the rejection and approval of the budget at separate sittings of Parliament.

The NMC Chairperson charged the media to educate the public on how many members of the House constitute Majority and at what point can a Majority decide or overrule a decision that had already been consented to.

Mr. Ayeboafo encouraged the media to use their platforms to educate the public for them to make well informed and meaningful decisions.