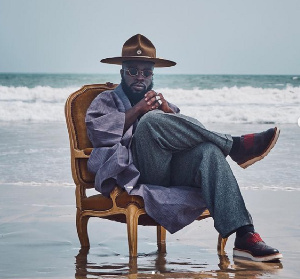 Entering into politics with fame across the world especially in Ghana has become very common in the 21st Century.

In Ghana, most celebrities typically musicians have utilized the opportunity to go into politics either partially or as full politicians supporting one of the country’s two major political parties

Though most of them do not become major political actors, these celebrities are able to make some benefit out of their affiliation with these political parties.

Others say joining political parties like the NDC and the NPP have ruined their careers.

Moving away from this uncertainty, Ghanaian rapper and son of a leading member of the National Democratic Congress (NDC) M.anifest born Kwame Ametepee Tsikata says he will never go into the business world of politics.

“The person I am, my curiosity about the world, I’m definitely interested in stuff that goes on but I don’t see myself running for office, No”. M.anifest said this in an interview with Citi TV monitored by MyNewsGH.com when asked if he would one day run for any political office.

He is a notable affiliate and legal counsel to the National Democratic Congress. He is also the former Chief Executive of the Ghana National Petroleum Corporation.