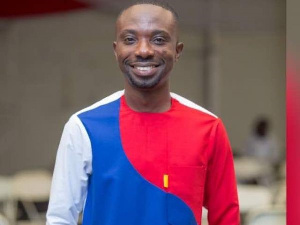 There was heated exchange between New Patriotic Party communicator, Dennis Miracles Aboagye, and host of TV3’s New Day programme, Johnnie Hughes, on the Thursday, December 23, 2021 edition of the program.

Dennis Miracles Aboagye was unhappy with a series of editorials done by Johnnie Hughes on the ‘Johnnie’s Bite’ segment of the show.

Dennis Miracles Aboagye who claimed to be doing a ‘review’ of the show since the year was drawing to a close, questioned the integrity of Johnnie Hughes.

He listed a number of instances where he claims Johnnie Hughes was biased and acted unprofessionally.

In a very angry tone, Dennis Aboagye stated Johnnie Hughes was doing the bidding of the opposition National Democratic Congress and not manifesting the ethics of journalism.

His allegations were dismissed by Johnnie Hughes who offered an explanation of his work as a journalist.

He defended his works and rejected the bias label imposed on him by the former Akuapem North MCE.

He insisted that his editorials match to the journalistic standards and that he will not relent in his effort of ensuring that the government honours its responsibility to Ghanaians.