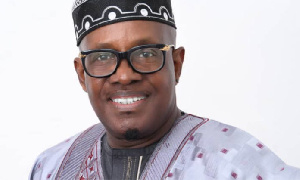 The Musicians Union of Ghana (MUSIGA) in collaboration with GOCREATE Africa is set to digitize the Ghanaian musical ecosystem to access a variety of global marketplaces and increase collaboration among the music industry.

Mr Bessa Simons, acting president of MUSIGA, in an interview on TV3 said digitization has taken over the world over the years and everyone is eventually succumbing to digitization, hence it is vital to introduce it in the music space.

He added that the Ghanaian entertainment industry is way behind when it comes to digitization and that led to consultations with sister unions to improve the system.

“We all realized that times are changed. You can’t even sell a pen drive. Everybody wants to be in a digitization space. MUSIGA realized that when it comes to entertainment, we are far behind and when we spoke to our sister union, they introduced us to GOCREATE and we realized they have done a massive job in Nigeria.”

“After interacting with them we realized we can do the same here. We have been working with them for over two months now and now everything is in place,” he added.

Mr Simons added that an app would be launched to track activities of musical artistes and communicate with MUSIGA on the digital space.

He further stated that there will be a portal that will put all musicians in one space to enhance communication amongst them.

“It will get to a point where you can communicate with MUSIGA on the digital space. At the end of the day, we will have a portal that will put all musicians in this pool that you can collaborate with someone.”

Asha Gangali, Managing Director of GOCREATE, who doubles as a musician in Nigeria said the revenue generated from his part on doing music was unequal to the efforts he put in because there was no data and technology to track how far his music reached.

This, he indicated happened seven years ago until the company planned to build a musical port for Nigeria which has been of great benefit to date.

“I am a musician and I realized the revenue that came in and the work I put in did not quite justify my output so we kept looking at different solutions’ until we stumbled on the problem seven years ago. We realized revenue was not coming into the Nigerian music industry due to lack of data and technology.”

The MD added that due to the GOCREATE system, Nigerian artistes can now collect data and copyright of their music, collaborate, communicate and identify themselves as musicians and as well possess Identification cards to solve identification management problems.

“Now Nigerian artists can now collect data and copyrights, they are able to register, collaborate, communicate and identify ourselves as musicians so no musician don’t get harassed by the police. You have an ID card to show they are professionals”.

He mentioned that MUSIGA will have all these benefits extended to musicians and will lead the conversation for the Collective Management Organizations (CMO’s) in charge of collecting monies for musicians and artistes.

This, he explained, is the second phase introduced into Ghanaian music in line with the digitization agenda.