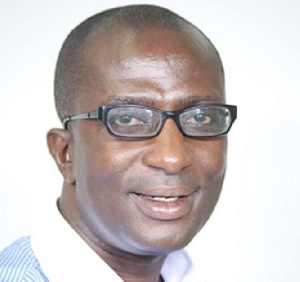 The National Democratic Congress (NDC) 2020 Parliamentary candidate for Bortianor-Ngleshie Amanfro, Alexander Akuoko, has described the MP for the Fomena Constituency, Andrew Asiamah as an unprincipled man who does not deserve to be a legislator.

He shared that Andrew Asiamah has discarded the interest of the people of Fomena to side with the ruling government which wishes to burden Ghanaians by imposing on them the e-levy.

The politician noted that parliament is equally sized between the two major opposition parties with one independent candidate, Andrew Asiamah who pledged to ensure balance in the house but is doing otherwise.

“I am surprised about his stance because there was a reason God made sure there was an independent candidate in parliament. The vote on the e-levy presents an opportunity for the independent candidate to fight for the interest of Ghana. At any point in time he is a deciding factor on any issue that goes on in parliament and if he had maintained a neutral stance we wouldn’t have been at an impasse.

But cowardly because he fears the NPP, he sided with them and I think his constituents must take note of this and when he contests for the position as MP again they should vote against him. He is not truthful to his constituents who saved him from the disgrace of the NPP,” he told Happy98.9FM’s Don Kwabena Prah on the Epa Hoa Daben political talk show.

Parliamentary proceedings were adjourned in the early hours of Tuesday when the pursuit of a resolution as to whether the Electronic Transaction Levy should be considered under a certificate of urgency or not was characterized by chaos.

The brawl saw dozens of the opposition parliamentarians exchange fisticuffs with their colleagues on the majority side while some officials of parliament tried to protect the Speaker’s seat and the mace of parliament from being attacked.