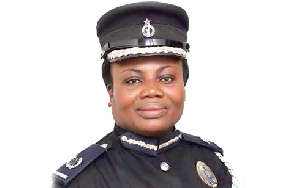 The Police Service has dismissed reports suggesting it hounded out the Director-General of PIPS, COP Maame Yaa Tiwaa Addo Danquah from the service.

It comes after speculations that the senior COP has been seconded to the Presidency because some individuals in the Police Service were not at peace with her.

According to Starr News sources, the Presidency requested the release of COP Maame Yaa Tiwaa Addo Danquah by the Police Service for possible reassignment.

It is unclear the exact reason behind the request of the Presidency but Starr News sources say the Police authorities only acted on the express request of the Jubilee House.

Authorities of the Police Service have declined to comment publicly on the release of the top COP to the Presidency.