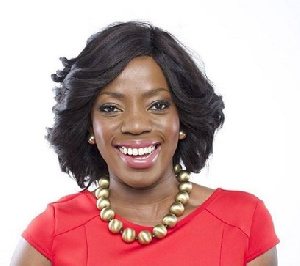 Ghanaian musician and award-winning producer Koby Maxwell has applauded producer Shirley Frimpong-Manso of Sparrow production for always being effective and efficient in her work.

Sharing his experience and describing how it feels working with other producers he said: “I’ve not worked with producers here in Ghana on a movie project yet, but I’ve done some music videos and that’s a different department. But for the film industry, I had the opportunity to work with Shirley Frimpong-Manso of Sparrow production. I was the Unit producer for the out of Ghana production and working with her was great.”

He mentioned that although he has known her and always liked her work, having the chance to work with her close up made him realize she was a perfectionist.

He told Foster Romanus on e.TV Ghana’s Late Nite Celebrity Show, “I was very proud to be around and be part of that production. That gives me the confidence that, if the opportunity and funding are there, we will do super well because we know how and what to do. But because we lack certain things and the industry is not built properly, nobody wants to take that risk.”

Koby stated that Shirley is doing her best and the challenges that come with the work. “She is still taking the movie profession and production in Ghana higher. So I think Shirley in my opinion gets it when it comes to movies and its production,” he added.

Shirley Frimpong-Manso is a Ghanaian film director, writer and producer. She is also the founder and CEO of Sparrow Productions, a film television and advertising production company. She won Best Director at the 6th Africa Movie Academy Awards. She has also produced a number of quality movies like Perfect Picture, Potato Potato and many others which have won her several awards.