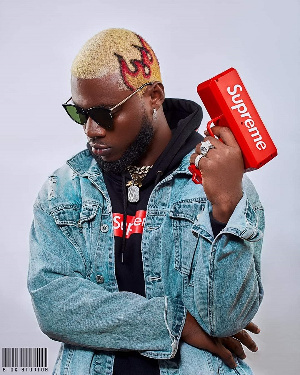 Award-winning Kumasi-based musician Phaize has had a word of caution for road users during this Yuletide and beyond via a Hip Hop freestyle video titled ‘Road Accident’.

In the short freestyle video, Phaize called on drivers to respect all road signs, avoid drink driving and also keep a 100 percent focus on the roads when driving.

Phase cautioned passengers to also be good passengers and avoid pressuring drivers to speed up in other to get to their destinations earlier.

However, Phaize also had a line for road fixers to fix and make Ghanaian roads more motorable than their current state.

Phaize is in the news for winning Hip Life song of the year at the just ended Ashanti Music Awards with a song he featured singer Fameye on titled ‘Jah Jehova’.