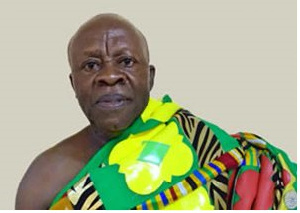 National House of Chiefs (NHC) has condemned the unfortunate conduct of the Members of Parliament (MPs) who turned the floor of parliament into a boxing arena.

The NHC wondered why of late parliamentarians had decided to exchange blows on the floor of the House when they could jaw-jaw over issues of importance to the nation.

At a meeting of the House yesterday, the President, Ogyeahoho Yaw Gyebi II, noted “the recent decision by parliamentarians to exchange blows on the floor of parliament is just unfortunate.”

“This does not affect them, but it affects Nananom and the good people of Ghana,” he stated.

It is recalled that, some MPs on Monday night were engaged in a fisticuff following a disagreement during the voting on government’s E-Levy bill.

The fight ensued when the MPs were voting in a headcount to decide whether the E-Levy bill should be accepted under a certificate of urgency.

The Minority had attempted to stop the First Deputy Speaker, Joseph Osei-Owusu, who was presiding over the House from leaving his seat and participating in the voting process.

That infuriated the Majority MPs who met them at the Speaker’s table to challenge the NDC MPs.

But, the President, the Paramount Chief of Sefwi Anhwiaso, said “we believe they are responsible people, and that is why we call them “Honourables,” so they should always jaw-jaw instead of turning the floor of the house into a boxing arena.”

He urged the Parliamentarians on both sides of the house to “resort to dialogue and engagements on broad national interest to arrive at a consensus.”

According to the President, the numerical strength in the eighth parliament “is an indication that Ghanaians want our legislators to work together.”

He expressed Nananom’s sympathy with the chiefs and people of the Volta Region, especially to the people of Keta and Anlo as their areas recently suffered a strong natural devastation of tidal waves from the sea that destroyed properties worth millions of Ghana Cedis.

Meanwhile, the Christian Council of Ghana (CCG) has also described as unacceptable the conduct of Members of Parliament (MPs) in recent times, particularly last Monday, December 20.

In a statement issued on Tuesday, by Rt. Rev. Prof. JOY Mante, Chairman of the Council, he said the brawl in the House on Monday “is a negation of Ghana’s democratic gains over the past 30 years”.

“What happened on Monday on the floor of Parliament is unacceptable, to say the least, and we condemn such behaviour.”

“We respectfully remind Parliamentarians that debates in Parliament must remain a platform for the exchange of ideas and not an opportunity for confusion and hostility.”

It was a chaotic scene as members of the two caucuses – Majority and Minority – exchanged fisticuffs on the floor of the House in full glare of the cameras.

The Minority members were not happy the presiding speaker, First Deputy Speaker Joseph Osei-Owusu, had stated his intention to cast a vote in a decision to consider the Electronic Transfer Levy Bill on a certificate of urgency.