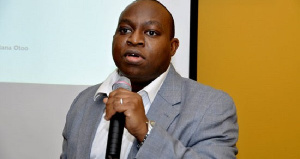 The Ghana Amalgamated Trust (GAT) has disclosed that some five banks bailed out by government in 2019 to enable them meet the minimum capital requirement set by the central bank, are now posting huge profit and performing well.

Managing Director of the Trust, Eric Otoo in an interaction on the Asaase Breakfast Show said results of the profit are based on investments made to improve the financials of the banks.

“In the case of Prudential, we invested in Prudential in 2019, and in that year, Prudential made a profit after tax of GH¢26 million. In 2021, Prudential is looking to make profit, that would be I think that is quarter three, that is September a profit of over GH¢60 million. They are on track to make total profit of this year of about GH¢80 million that is nearly four times the profit of Prudential when we went in two years ago,” Eric Otoo told the host.

“In the case of ADB, profit in 2019 after tax was GH¢15 million. In 2020 that went up GH¢65 million, so nearly over four times and in 2021 ADB is likely to make profit after tax of over GH¢100 million. The other banks are also seeing improvement, so again it is a win-win for all stakeholders,” Eric Otoo added.

The GAT managing director further said government is considering turning the Trust into a permanent structure in order to provide more financial assistance to other companies.

In the wake of the banking sector clean-up exercise, the Ghana Amalgamated Trust was established in 2019 by Act of Parliament to offer capital injection into the five banks to enable them meet the minimum capital requirement of the Bank of Ghana.