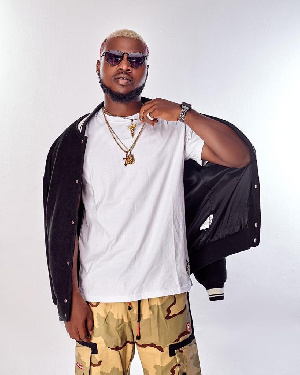 After securing a total of 9 nominations, Phaize was able to pick up the award for best Hip Life song of the year at the just ended Ashanti Music Awards.

The awards ceremony was held at the Prempeh Assembly Hall of the KNUST and saw both homegrown and international artistes with Ashanti routes awarded for the great works under the year in review.

Phaize who won HipHop artitse at last year’s edition had this to say when he picked up the plaque for best Hip Life Song with the song Jah Jehova.

“Nyankop)n Nhyira Mo Nyinaa (God bless you all). Last year I was here, I picked up Hip Hop Artiste of the year, this year it is for Yaw Tog. Congratulations bro. Big shouts to Bignas records and to all the media houses in Kumasi. Ashanti Region Music Awards, I appreciate,” he said.

Jah Jehova is a hiplife song released some few months ago. It features award-winning singer Fameye.