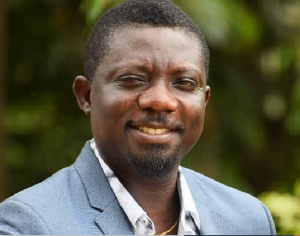 Bill Asamoah discloses special name tag given to him by Ghanaians

Ghanaian actor, Bill Asamoah, has disclosed how he managed to earn the admiration of Ghanaians to an extent that he is currently being referred to as ‘Ghana’s Denzel Washington’.

The popular Kumawood actor maintained that the tag was bestowed upon him by some fans who identified that he displays similar acting skills as the award-winning Hollywood actor.

He made the statements during an interview with Abeiku Santana where he was asked why people refer to him as the Kumawood industry “poster boy”.

“Why do people refer to you as the Kumasi Van Vicker, Kumasi John Dumelo, Kumasi Majid Michel, and so on? I don’t understand,” Abeiku asked.

The handsome Kumawood actor is one of the few who is usually given romantic roles in movies.

Although he is known for being an all-around character, Bill Asamoah usually plays the ‘lover-boy’ and ‘wealthy man’ roles in movies.