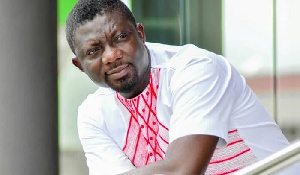 Popular Kumawood actor, Bill Asamoah, has stated that actors who usually seek help publicly are not members of the Actor’s Guild.

The Kumasi Actor’s Guild President said the association has established a welfare that supports its members reiterating that any actor who is seen struggling for public support isn’t part of the group.

Earlier, some Ghanaian actors have been seen on social media soliciting support to cater for their needs.

The likes of Psalm Adjeteyfio, Maame Gyanwaaa, Yaw Dabo and many others have sought various support from the public.

Following this development, many have questioned the existence of the Ghana Actor’s Guild and why it cannot support its members in difficult times.

But reacting to the numerous criticisms his outfit has received so far, Bill Asamoah during an interview with Abeiku Santana said;

“There are some actors who do not handle the fame properly and in the peak of their careers, they misuse all that they have laboured for. These people are not members of the actors guild but whenever we are been criticized, they join people to criticize us. These things make it difficult for us to help actors who are not part of the guild.”

“Because they’re celebrities, whenever they register their plight, the media backs them,” he added.