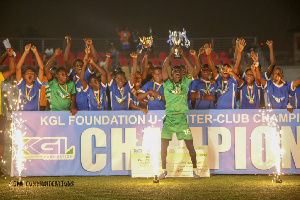 MAL FC are the KGL Foundation U-17 Champions League winners

After 3 weeks of competitive soccer, the KGL Foundation U-17 Champions League came to an eventful end when MAL FC emerged as the ultimate victor after 90 minutes of thrilling football.

The finals, which took place at the Madina AstroTurf, drew massive support from both teams and an enormous crowd from the Madina enclave.

Gracing the tournament was the CEO of KGL Foundation and his team, the GFA President and members of the FA, and head coach of the Black Stars, Milovan Rajevac.

In his words, he stated that the Foundation is dedicated to supporting the empowerment of the youth and they achieve this by promoting high-quality education for all, sports inclusion and development, and artistic expression, to ensure that today’s youth become tomorrow’s leaders. This falls in line with the objectives of the KGL Foundation in aiding the development of sports and education in the youth.

The competition, which featured 12 clubs drawn from across the ten football regions of Ghana, commenced on Monday, December 6 at the Madina AstroTurf.

The KGL Foundation is a corporate social responsibility initiative set up on behalf of the KGL Group.

Their approach is to collaborate, innovate and empower all local grassroots organizers working in these areas, ensuring they have the resources to improve and safeguard their societies.

Below are the pictures from the final match 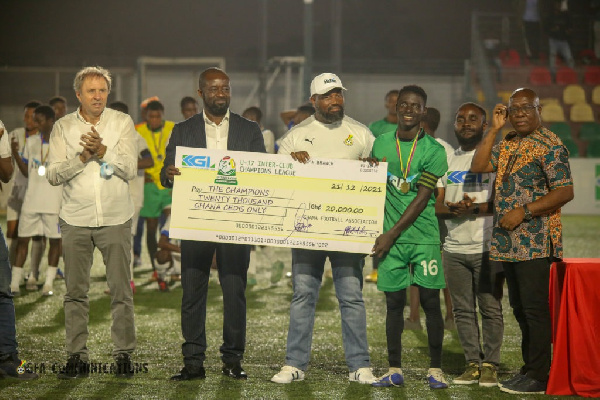 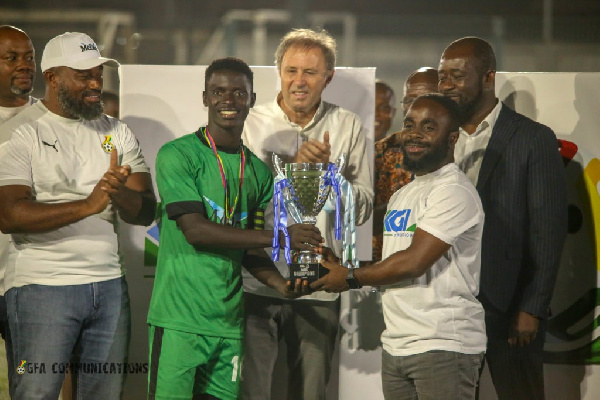 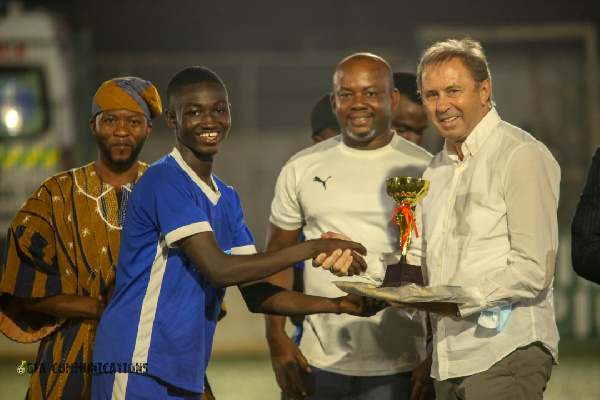