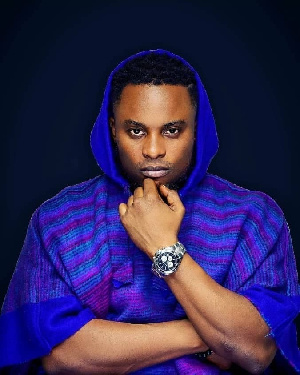 The failure of a Ghanaian musician to win a Grammy award has been the major talking point within the Ghanaian music industry and the general public as a whole.

Grammy is an award presented by the US recording academy to recognize the “Outstanding achievement in the music industry” of the United States. Organized by The National Academy of Recording Arts & Sciences (NARAS), Grammy Awards are the biggest music awards in the world.

The trophy depicts a gilded gramophone. The Grammys are the first of the Big Three networks’ major music awards held annually. For the past 64 years, Ghana is still chasing her first Grammy Award.

For Ghana, our biggest honor in the Grammy came in 2015, when reggae artist, Rocky Dawuni, got nominated in the ‘Reggae Album’ category for his album, ‘Branches of the Same Tree’.

The legendary Ghanaian Reggae artist has bagged another nomination for the Best Global Music Album award at the 64th Grammy Awards with his Voice of BunBon, Vol. 1 album.

The announcement came off the official Grammys nomination ceremony in a live-streamed event by the recording academy on Tuesday, November 23, 2021. He faces opposition from Daniel Ho & Friends, Angelique Kidjo, Femi Kuti, and Wizkid.

Though the America-based Ghanaian reggae artist has been nominated twice, one artist who really has the potential of bagging Grammy nomination and winning it is sensational UK-based Afro gospel musician, Joseph Matthew also known as JM.

After hitting mainstream TV with his banger titled ‘Nyame Ye” in 2019, everyone kept asking who is this new guy. Before viewers and listeners could catch their breath, he has again released very catchy tunes and flawless music videos titled ‘My Story’, ‘Not Alone’ and ‘The Name”.

FreshGlobalMedia.com brings you four songs that signify JM has the potential of winning a Grammy for Ghana.

‘Nyame Y3’ which literally means God is good in the Akan dialect was released in 2019. The audio was produced live by award-winning sound engineer Francis. The video was also directed by Martin Sean in London.

It is a thanksgiving song that expresses gratitude to God for his gracious works. It was released in 2020. ‘My Story’ is produced by Francis Osei and the video is also directed by Martin Sean.

It was released in 2021 and was produced live by award-winning sound engineer, Francis Osei. The video was directed by Martin Sean.

Like ‘Not Alone’, The Name was also released in 2021. It was produced by Francis Osei and the video was directed by Martin Sean.