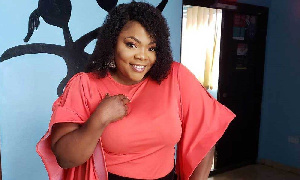 The manager and husband of award-winning Ghanaian gospel artist, Celestine Donkor has taken to social media to vent after they were sent an amount of ¢390.04 as their royalties of the year by the Ghana Music Rights Organization(GHAMRO).

Kofi Donkor took to his Facebook wall to share a screenshot of the money that was sent to them and stated that it is very shameful that a musician will put in a lot of work throughout the year and have his/her song played a lot of the time only for GHMARO to send some chicken change as royalties.

He also urged other key stakeholders in the music space to come together and get the structures to work so that ‘such insults will be a thing of the past!’

His full post reads: “We need to do everything possible to get the structures working so such insults will be a thing of the past! Very shameful! Let’s wake up Music Right Owners!! Enough is enough!!”