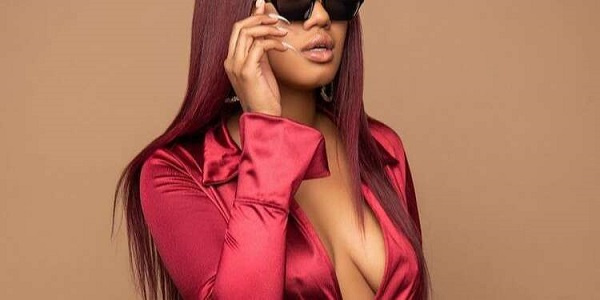 Detriot-based singer and songwriter, Martenni Marrie has explained what she describes as Afro-fusion as her style of music.

The singer who is also a model in an interview with Akosua Hanson on Y 107.9 FM during the ‘Y Lounge’ show mentioned that her musical journey started with ‘Motown’ due to where she was born and raised. She added that Motown was a common genre adopted by many artistes from Detroit and followed suit but fused the popular genre and her culture to be an ‘Afro-fuse’ act.

“Because I was born and raised in Detroit, I started learning about Motown, because Detroit is where Motown started so you have artistes like Stevie Wonder, Michael Jackson, they all had music there and I went to the Detroit school of arts where the late Elia went to as well. I was taught a lot of music from that school fusing with my culture as well, I will say ‘Afro-Fusion”, she said.

Martenni also added that her music was inspired by her experiences, events she had witnessed, and her growth as an individual.

“A lot of these songs come from experiences, this is my first EP so it was written based on what I have witnessed in Detroit,” she explained.

Martenni Marrie again disclosed that she yearned to collaborate with ‘Touch It’ hitmaker KiDi and female singer Gyakie.

Martenni Marrie is a half Ghanaian and half Philipino act who is based in Detroit, USA. She is also a model and is currently in Ghana for some musical performances and family bonding with her relatives in Ghana.