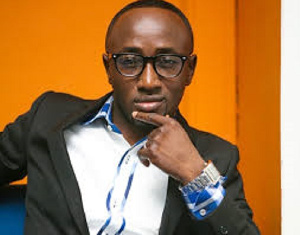 Popular media personality, George Quaye, has been elected as the President of the Arts and Tourism Writers Association of Ghana (ATWAG).

According to a report cited on myjoyonline.com, George Quaye was elected on Saturday, December 17, after the executives decided that it was time to appoint a new president for the next four years.

The election was organized and supervised by ATWAG’s Electoral Committee led by Osarfo Anthony, an arts writer.

Mr. George Quaye, founder of Image Bureau, an Events, Communications, and PR Agency will take over from his predecessor, William Asiedu once he is sworn in. The date for the swearing-in ceremony will be announced in due time.

The Vice President position went to Livingstone Lotsu; Hagar Gyebuwaa Owusu was elected as Treasurer and Adu Amani as Organiser.

The Arts and Tourism Writers Association of Ghana’s (ATWAG) mandate is to promote arts, tourism, and culture reporting in the country while developing the professional capacity and the welfare of its members.

The Association consists of arts writers/journalists and media workers. Co-operation and collaboration among members will ensure the growth of the arts industry in Ghana.