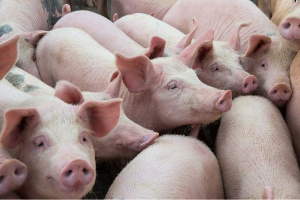 Mr Gabriel Amatey Akorley, a pig farmer in the Ada East District, said he lost 119 pigs to the African swine fever, which is spreading very fast and killing most of the animals in the community.

“I had 125 pigs, unfortunately, there are only six left. Even with that, two are sick, I just hope they survive,” he told the Ghana News Agency on Wednesday.

He said the effect was devastating as all his investment made in the pig farm were gone.

Mr Akorley said most of the workers had been affected and some middlemen were taking advantage of the situation to exploit the pig farmers by buying the animals at very cheap prices.

The lack of veterinary officers in the district was worrying, he said, and called on the Ada East District Assembly to take steps to solve that problem.

He appealed to the Government to support farmers as they contributed massively to national development.

Mr Prince Bawuah, the Disease Control Officer, Ada East District, said the office was not aware of the outbreak of swine flu in the communities but would immediately move to the farms to investigate.