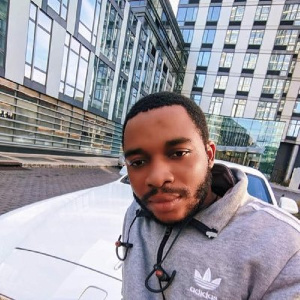 Twene Jonas is a U.S-based Ghanaian social media commentator famed for trolling Ghana, its people, and leaders. He has his opinion about Teacher Kwadwo’s ill-famed contract termination by the GES.

According to Twene Jonas, Teacher Kwadwo should cease his endless rants on the internet and find ways and means to balance his fame and his profession.

He also blasted Teacher Kwadwo for failing to write lesson notes, although he has been reprimanded for that attitude by the GES on countless occasions.

The vociferous and highly opinionated Twene Jonas also slammed GES for sacking Teacher Kwadwo over this petty issue that can be resolved within a twinkling.

He vowed to launch a brutal besmirch campaign on the Education Minister and the GES if Teacher Kwadwo is not called back to duty early next year.

In effect, his license, which guarantees his employment with GES, has been suspended while he has been relieved of his position.

In a post to announce the grim news, Teacher Kwadwo, who doubles as a comedian, said GES targeted him, and his sack letter was prepared long before it was given to him.

“Okay, so for some “PROFESSIONAL” reasons I can’t post the content of the letter here but all that is in the letter is that My District Education Office through the Ghana Education Service says that, they have sacked me. Their reasons are very funny. This is going to be the 1st ever TEACHER vs GES fight in the history of Ghana Education. Y’all relax because it will be all over the news soon and y’all will know the head and tail of it. ?b?y? but.”

“The SACKING letter that was given to me yesterday is dated “27th October 2021”. Abeg what was yesterday’s date? Meaning, they have typed the letter looooong time and we’re looking for an opportunity but since they don’t get it, they have given it to me like that. W? n atet? me aky?!

In a series of social media posts, Teacher Kwadwo has promised himself not to allow the issue to slide. According to him, he was witch-hunted by GES and unlawfully expelled from the classroom.

Someone pls gimme the number of that Achimota Rasta student. He will be my lawyer for this case. I know he go fit whip Ghana Education Service simple koraa.