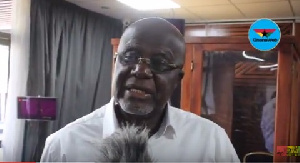 A Leading member of the New Patriotic Party (NPP) Hackman Owusu-Agyemang has acknowledged that the party is struggling in its second term in government.

However, he believes that given time, the Nana Addo Dankwa Akufo-Addo’s government will normalize things and make life better for the people.

He indicates that the NPP is building the country and the needed structures and that whatever they are doing now is giving the people of Ghana value for their money.

He made this known in an interview on the sidelines of the ongoing National Delegates Conference.

He said, “second terms are always a bit difficult, but for what we are doing and what we have done and what we will continue to do, I believe we are giving the nation good value for its money”.

On whether there is the need for the party to vote for its flagbearer to years to election, he said I believe the proposed 2 year election time frame is a bit too long. I believe the 11 months we have is adequate”.

The New Patriotic Party (NPP) is in the Ashanti Region for its annual National Delegates Conference to deliberate on the party’s issues.

The party will be looking at strategies to keep them in power after the 2024 election and how to mend broken relationships to foster unity in the party to present a formidable front in 2024.