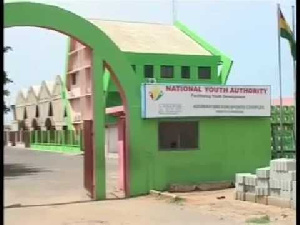 The Director-General of The National Sports Authority (NSA) Professor Peter Twumesi has disclosed that the engineer working on the renovations at the Azumah Nelson Sports Complex would soon hand over the facility to the government.

The ongoing renovation works he revealed is 90% complete.

Speaking on Total Sports Review on Rainbow Radio 87.5Fm, he said it was left with 10% for the project to be completed and handed over.

The facility, situated in Kaneshie, a suburb of Accra, is expected to seat about 10,000 spectators.

It includes an ICT Center, boxing gyms, a tennis and basketball court and a restaurant.

After the renovation works are over, the sports facility would be renamed the Azumah Nelson Youth and Sports Centre.

The GHC 18 million sum will is covering the renovation as well as the construction of new facilities including a standard football pitch, an eight-lane tartan track, a tennis court, handball court, a car park, a swimming pool as well as an ICT centre, counselling centre and an entrepreneurship centre.