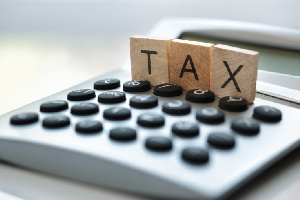 Government annouced the e-levy in the 2022 budget

Kofi Benteh, a Chartered Tax Advisor, has advised the government to take a second look at the proposed electronic transaction levy (E-levy), taking into critical consideration all shades of public opinion.

He said efforts so far made by the government to digitalize the economy were very much appreciated but cautioned that the introduction and implementation of any E-levy must be critically assessed to serve its rightful purpose.

Finance Minister, Ken Ofori-Atta, in presenting the 2022 economic policy of the government to parliament last month said 1.75 percent proposed E-levy was a revenue generation strategy to rope in the vast informal sector into the formal sector.

“Government has decided to place a levy on all electronic transactions to widen the tax net and rope in the informal sector. This shall be known as Electronic Levy or e-levy,” the Finance Minister had said.

However, speaking with the Ghana News Agency (GNA)in an interview, Mr Benteh said the agenda to promote a cash-light economy was largely fuelled by the electronic payment system, known as Momo, especially in areas without banking services.

After critically analysing this proposal, he said there were a lot of questions that needed to be considered by the government before implementing the budget.

He said in 2020, the Bank of Ghana reported that the total float balance on all Mobile Money (MoMo) wallets were GH¢6.98billion while the total value of transactions was GH¢564.16 billion.

This money, according to him, will be taxed severally due to its movement and no value if the e-levy was to be implemented in its current form without being critically analysed.

“E-levy should help solve economic development challenges rather than force out Small and Medium-sized Enterprises (SMEs),” he said.

He added: “Because there is no surety that the informal sector players dominate the electronic transaction space.”

Again, “are informal sector players largely the recipient or the senders in electronic transactions?”

Mr Benteh observed that the purpose of e-levy was to “widen the tax net and rope in the informal sector,” however, the target audience might be missed since some companies pay their workers through electronic transactions.

According to Mr Benteh, SME operators make as low as 3% profit margin on sales and they are sustained in business only by the frequency of transactions.

He cautioned that businesses would suffer when the conditions of the e-levy were not carefully addressed before its implementation.

He said: “Generally, goods and services are taxed and if payment transactions are also taxed then e-levy is not serving its other purpose of safeguarding economic inclusion and protecting the vulnerable.”

Mr Benteh projected that the total percentage charged when e-levy is being implemented would be 2.75% comprising 1% from Communication Service Tax to Telcos and 1.75% charge as e-levy.

He pointed out that the vulnerable would be at the losing end, saying, “Imagine a rich man transfers GH¢100 every day per month totalling GH¢3,000 and will not pay any levy but a poor person who transfers GH¢101 in one transaction per month is levied 1.75%.”