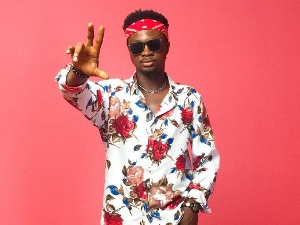 Rising Ghanaian musician Kweku Darlington has won the Most Popular Song of the Year at the second edition of the Ashanti Region Music Awards held at Prempeh Assembly Hall in Kumasi.

The talented rapper/singer who had seven nominations in this year’s awards also grabbed the Collaboration of the Year with “Sika Aba” which featured Yaw Tog and Kweku Flick.

The “Sika Aba Fie” since its release earlier in February had been a household hit with the remix version featuring Kuami Eugene and Fameye even making it a worldwide hit, racking impressive streaming numbers.

Kweku Darlington since his breakthrough earlier in the year had produced some back-to-back hit songs with his recent single “Sika Kankan” still dominating the airwaves.