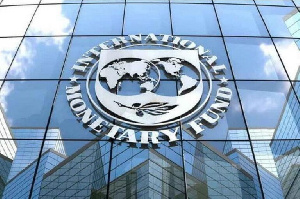 As countries that were hard hit by the pandemic, the global debt rose to $226 trillion, the International Monetary Fund (IMF) has revealed in its 2021 update on the IMF’s Global Debt Database.

According to the report, the share of public debt in global debt reached new highs not seen in more than 50 years, reflecting a large cumulative increase since the global financial crisis.

Borrowing by governments accounted for slightly more than half of this increase and private debt rose by 10 percent in 2020, partly reflecting the support of central banks and government.

The fund revealed that the rise in debt varied significantly across countries given the very unequal capacity of governments and central banks to support households and businesses during the pandemic and a deep economic recession.

The IMF is expected to hold a roundtable discussion on how countries can manage the elevated debt in context with the still evolving pandemic, rising inflation and record high public and private debt.

The Global Debt Database (GDD) is the result of a multiyear investigative process that started with the October 2016 Fiscal Monitor.

The dataset comprises total gross debt of the (private and public) nonfinancial sector for an unbalanced panel of 190 advanced economies, emerging market economies and low-income countries, dating back to 1950.