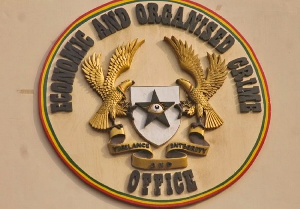 EOCO advises A-G to go after owners, shareholders of defunct S&Ls and MFIs

Bank of Ghana revoked licenses of finance institutions in 2019

The Economic and Organised Crime Office has made recommendations with regards to shareholders, directors or management of defunct Savings & Loans firms, Micro Finance Institutions and Finance Houses.

The development comes following a statement issued by the banking sector regulator, Bank of Ghana, announcing that EOCO has advised the Attorney General for consideration and possible prosecution of the aforementioned.

The BoG explained that following its notices served in 2019 on the revocation of license for S&L, MFIs and Finance House, it cited a number of potentially criminal actions by these firms and companies.

“As part of its long-standing cooperation with law enforcement Agencies, Bank of Ghana (BoG) from time to time requests the Economic and Organised Crime Office (EOCO) to investigate specific cases of suspected financial crimes and to liaise with the appropriate agencies for possible prosecution of suspected persons,” portions of the statement read.

“Following further investigations into the failure of these institutions by the Receivers appointed by BoG, these cases were referred to EOCO for advice. EOCO has conducted independent investigations into a number of these cases as listed below and has made recommendations to the Attorney General’s Department for consideration and possible prosecution,” the statement noted.

It added the EOCO has for the time being frozen or impounded some assets of such persons to help with reimbursements of the claimants of the defunct institutions.

But who are these companies listed for possible prosecution by the Attorney General?

GhanaWeb in the article brings you the list and categories as provided by the Bank of Ghana.