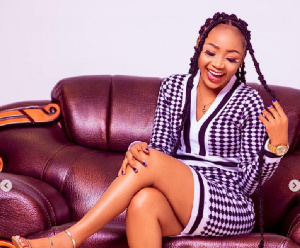 After spending some weeks in jail, Rosemond Alade Brown popularly known as

‘Akuapem Poloo’ has announced her comeback on social media and Ghanaians are excited about it.

This follows media reports that the actress has been released from the Nsawam Female Prison after paying a fine of 1000 penalty units equivalent to (GH₵12, 000) as a replacement for her 90 days custodial sentence.

Rosemond Brown was released on Saturday, December 17, 2021, after the Accra High Court initially dismissed an appeal filed to challenge her 90 days custodial sentence on December 1, 2021.

But to confirm that she is indeed free, Akuapem Poloo has taken to social media in full glee to appreciate the love shown her while in jail.

“Thank you all god richly bless each and every one of you for your support. Your girl is out,” she wrote.

Scores of individuals on social media have since expressed appreciation to the appropriate authorities for being willing to accept a fine instead of a jail term.

Some Ghanaian celebrities including Gloria Sarfo and many others have welcomed the actress back from prison. 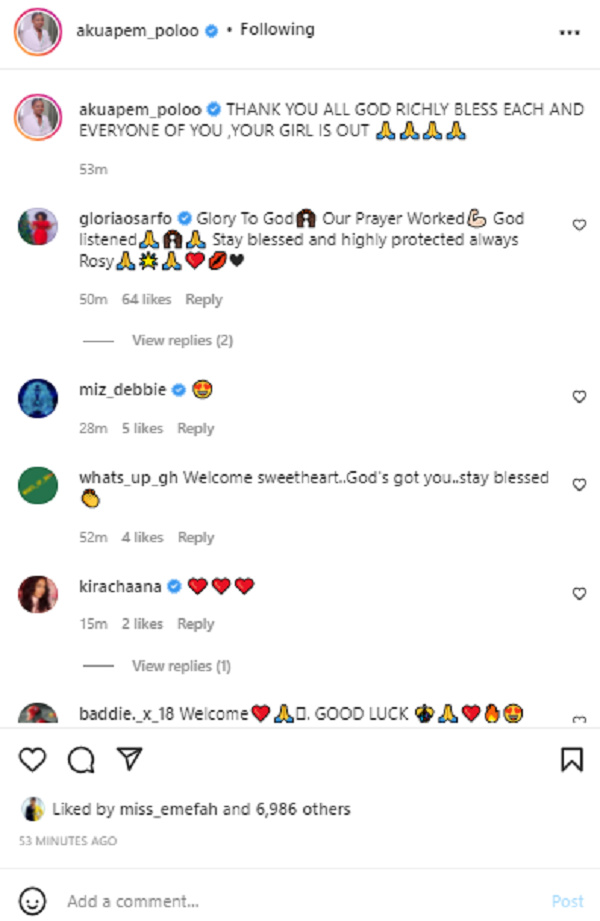