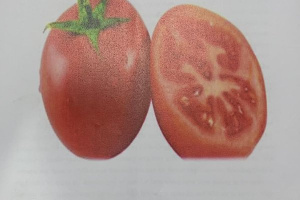 Tomato farmers at Akumadan and its environs in the Offinso North Municipality are hailing the introduction of high-yielding and disease-tolerant tomato varieties for cultivation in the country.

According to them, the two new varieties which would soon be released by the Crop Research Institute (CRI) for cultivation, were a game-changer and have the potential to transform the production of the crop not only to increase the yields and income of farmers, but also help to reduce tomato imports into the country.

The Crop Research Institute (CRI) of the Council for Scientific and Industrial Research (CSIR) has announced that it has received approval to release two new tomato varieties for cultivation in Ghana.

Each of the varieties christened ‘CRI Kwabena Kwabena’ and ‘KOPIA tomato’ has the potential to produce 20 tons of tomatoes per hectare of land, three times the yield of the current varieties, which normally produce between 7.5 and 10 tons per hectare.

They are early maturing, and take about 55 days to mature as against the 80 and 90 days of current varieties.

Again, the new varieties are disease tolerant, perform well in forest and transitional zones and have a very bigger fruit size.

Their Brix value, which is the total soluble solids most processing factories looked for, is between 6.3 and 6.8, far above the standard value of 4.8.

This means it would play a dual purpose for both the fresh markets and processing factories.

Funding for the research into the development of these new varieties was provided by the Korean Programme in International Agriculture (KOPIA) and the Government of Ghana through the Obaatanpa Care Programme.

The farmers who spoke to the Ghana News Agency after a training workshop on the cultivation technologies of the new varieties indicated that although they had been ensuring best practices on their tomato fields to attain higher yields, they were of the firm belief that certified seeds of the new varieties had better yielding potentials than the already existing ones.

According to them with the training they had received from the CRI on the new varieties, they were expecting higher produce, almost thrice of tomatoes on the same size of land.

“With these new varieties, the three-acre farm I always use to cultivate is going to be a lot of problem if I do not manage it well, it is high yielding and if care is not taken, I cannot manage the farm size all by myself”, Madam Augustina Agyeman, one of the farmers told the GNA.

Madam Agyeman said during the trials of the new varieties at the project site, she saw some good potentials in the tomato plants which were far different from the local ones they had been cultivating over the years.

She commended the CRI for leading the research to come out with these varieties which had the potential to reduce tomato importation from Burkina Faso and other neighbouring countries.

“The local ones we used to grow, I always have to plant a large field for me to get plenty produce”, Mr Charles Kwaku Gyamfi, a local Chairman for KOPIA, explained.

He added that for his long years in tomato farming, he was very confident the new varieties would be a game-changer and empower them more economically and socially.

Dr Michael Kwabena Osei, a Senior Research Scientist at CRI, who is the Lead Researcher in the development of the new varieties said CRI was committed to developing new crop varieties that would help increase crop yields, increase food production and improve food security in the country.

Professor Moses Ransford Mochiah, Director of CRI told the GNA that the Institute saw the need to come out with some new varieties to address the problems of tomato production in Ghana.

He said the Institute would continue to partner with key players in addressing food insecurities to enhance Ghana’s socio-economic development.

Prof Mochiah called on the government and other key stakeholders to invest more into the research and development of vegetables, especially tomatoes to increase yield production and farmers’ income.