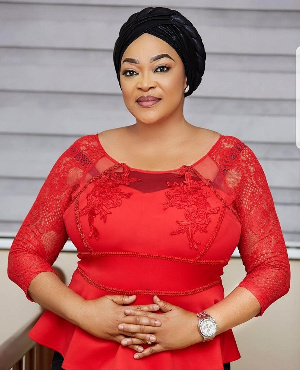 She was a part of the 21st Congregation of GIMPA who studied Public Service & Governance and she was awarded a second class upper honors certificate.

In some of the videos that have surfaced online, the veteran actress is seen happily seated at the venue for the congregation with other mates of her.

In other videos too, she was seen cheering others on as they were called to come to receive their certificates for the great work done.

Actress Jackie Appiah was also seen in one of the videos which are making rounds online coming to show support to her big sister Kalsoume.

We at zionfelix.net say a big ayekoo to her.

Watch some of the videos below: