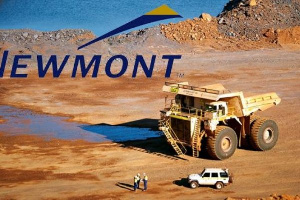 Newmont is one of Ghana’s major mining companies

Mr Samuel Osei, Communications and External Relations Manager, Ahafo South mine and Ahafo North Project, announced the payments in an interaction with the media in Sunyani on Thursday,

He announced that the company had acquired a permit from the Environmental Protection Agency to commence work on the Ahafo North project to create value for the people and increase government revenue as well.

He gave the assurance to the communities within the Ahafo North mine of excellent compensation packages that would enhance their socio-economic livelihoods.

Mr Osei said the company had engaged and trained 168 local people for construction work, saying the project would create temporary job opportunities for 1,800 locals and permanent jobs for 500 people.

He said the company had started payment for crop compensation and expressed the hope that it would commence actual mining by 2023.

On the COVID-19 pandemic, Mr Osei said the Ahafo mine had zero case count at its plant site, saying though some of the employees contracted the disease, they had recovered.

He gave the assurance that the company would continue to put in place precautionary measures to protect employees and communities within the mine’s operational area.

Mr Osei said the health safety of employees and residents, in and around the mine, remained a priority and advised, particularly people in the mining communities to adhere to the COVID-19 protocols to prevent the spread of the pandemic in the area.