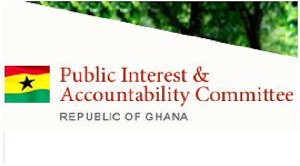 Vice-Chairman for Public Interest and Accountability Committee (PIAC), Nasir Alfa Mohammed, has advised that it is necessary to commit a significant amount of oil funds into legacy projects rather than spreading funds across numerous projects.

According to him, there have been numerous projects that received funding from oil revenue but cannot be considered as oil projects due to the insignificant funds that were contributed toward them; hence the need to focus on major projects and push funds generated from oil to complete them.

“Now what we are saying, and PIAC has always advocated, is that we commit significant amounts of oil money into legacy projects. So, if we consider the flyover as important and a priority to us, let us commit as much oil money as possible to it so you can point to it as a significant oil project.

“It should not be the case that we spread the oil money so thinly across several projects we are not able to point to them as a significant contribution from oil money at the end of the day. It is important to rethink the modules that we use in oil money. If it is too insignificant, let us spend it on those major projects that we can refer to – like this particular project,” he indicated.

He made this call during an inspection tour by PIAC to oil-funded projects in Accra for the committee to make first-hand observations and assess how funds are used judiciously on the various projects.

Mr. Mohammed cited one of the road projects inspected as one that can rightly be described as an oil project, stating it was over 90 percent funded with oil money of about GH¢1million.

“This particular project, everything shows that over 90 percent of the project cost is coming from oil money; so we can beat our chests and say that this is an oil-funded project. But when you go to inspect a project and less than 1 percent of oil money is committed to that project, then you begin to ask yourself questions,” he said.

While stressing projects that have received little funding from oil money he said: “The 2020 report shows that oil money was extended to over 4,000 projects, and we indicated there were instances where certain projects received as little as GH¢5,000”.

Mr. Mohammed advised that going forward it is essential for projects undertaken with oil funds be be made known to citizens, by displaying signage which describe the source of funds for such projects – which will in turn make citizens appreciate the efforts of government.

He added that it is important to provide contractors with the necessary funds to continue with projects right after the contract is awarded to prevent time overruns, which result in cost overruns. “A project with an initial cost of about GH¢69million catapulting into about GH¢147million, which is serious. So, you begin to ask yourself ‘what is the value of money you have put in there?’” he noted.

About the project inspection

The first project inspected was the Flower Pot Junction flyover that initially began in 2016 with an estimated amount of GH¢67million, but halted after four months due to unavailability of funds from government. About GH¢3.6million of oil money was given to support the project in 2019, and it is expected to be completed in 2023.

The next project inspected was the upgrading of Powerland’s road from Sakora to West African road, which is about 1.5 kilometres, plus drainage. The project was in two phases and began in 2015, being completed in 2018 at a cost of GH¢1.49million with about GH¢1million coming from oil funds.