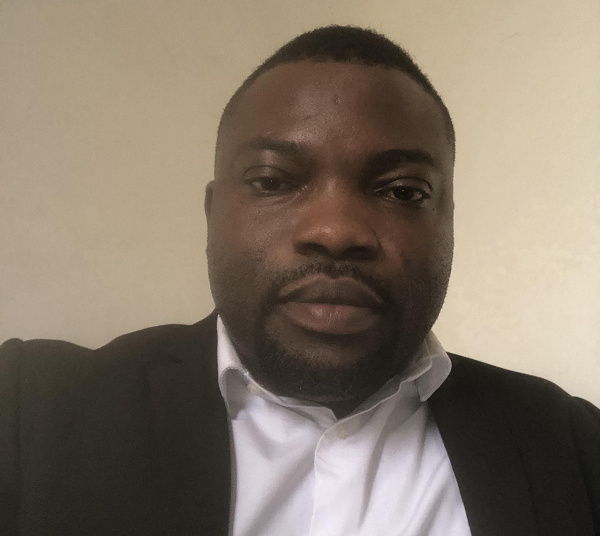 I met Twum about 7 years ago and had the privilege of supervising his Master of Philosophy thesis in Marketing. His first publication was a conference paper from that thesis I had the pleasure of co-authoring with him and presenting same at an Aalborg University conference in Denmark. The paper was entitled Export Marketing Strategy and Export Performance of Ghanaian SMEs and was presented at the 2016 Aalborg University IBC Conference.

Today Kojo Kakra Twum is a lecturer in the School of Business and Economics, in the Department of Marketing and Entrepreneurship at the Presbyterian University College at the Okwahu campus (https://www.presbyuniversity.edu.gh/site/kojo-kakra-twum/) and his research interests lie in the areas of service marketing, international marketing, social marketing and marketing analytics.

So why am I singling out Kojo Kakra Twum for unfettered praise today? Well, because like the ten lepers in the Bible, he is not only one of those who returned once to say thanks but has been saying thanks over and over and over again over the last seven years! I have the most excellent working relationship with him, and guess what? Tomorrow, Friday, 17th December 2021, he is graduating with a PhD from the University of Cape Coast.

With this momentous feat, it hit me. Dr. Twum Kakra has been steadily rising in the academy (I will take about his profuse scholarship later) and this valedictorian feat was just the climax of his seizing the future and deciding to become an absolute star in the academy.

So let me tell you a story about Twum Kakra, the friend and brother I look to celebrate today. Twum studied for an MPhil in Marketing and worked for two years in graduate and teaching assistant roles with me. He completed his work with me and one afternoon, and one afternoon I returned from a Kenyan trip and met him at the Kotoka International Airport. He had just gotten married and told me excitedly he had been looking for me. Because I had missed his wedding, I half thought he was coming to testify about how wonderful married life was. But he had an even better story!!

Universities in Ghana have always had the discretion of hiring Masters Degree holders at Assistant Lecturer of Lecturer levels. I started my academic career as a lecturer MYSELF and acquired two doctorate degrees along the way.

Twum applied for a job with his MPhil Degree and he narrated to me that at the interview, the chair of the panel asked him an interesting question. The question was “Are you sure you worked with Professor Hinson for two years?”. He answered categorically, “Yes I did”.

He told me excitedly, the panel then decided that is If I had trained him for two years, there was no need for an Assistant Lecturer start, and he could begin immediately as a lecturer. Wow! I was gobsmacked and extremely grateful to God that his association with me, immediately gave him a pass from one level to the next.

I explained to him though, that this pass was both a blessing and a challenge because he would be expected to work at exceptionally high levels to validate the pass that had been granted him. He told me pointedly he was fully aware, and that I should not worry at all, he was going to take full advantage of the opportunity granted to him. And boy, has he delivered?

Now let me get to the meat of the Twum exploits.

Dr. Twum Kakra has over the years grown up to become an excellent research collaborator and someone I hold in particularly high esteem. We have in the past year alone co-authored several journal papers, book chapters and co-edited a masterpiece for the Springer SDG series entitled “Responsible Management in Emerging Markets: A Multisectoral Focus”.

A book which had already garnered 877 downloads even though it was published only a few weeks ago. We are also working on several other monographs and edited volumes like one for Routledge Taylor and Francis entitled “Entrepreneurial and Small Business Development in Africa: Some Multidisciplinary Perspectives” a yet another monograph for Palgrave Macmillan entitled “Social Media and Africa’s Public Sector: Perspectives on Contemporary Issues”.

At the rate he is publishing at, I have no doubts he will develop into the behemoth of the marketing scholar I know he will become after this PhD is conferred on him on Friday 17th December 2021.

I end this short eulogy by saying a big thank you to Twum for the privilege granted me to work with him. You are celebrated and appreciated, and may your path continue to shine brighter and brighter unto a perfect day!! Well Done, Mr. Valedictorian. You are appreciated.

Professor Robert E. Hinson is a Marketing Scholar with several visiting and honorary Marketing Professorships across the world.